This page just explains the different types of taxes we may see as we prepare taxes.
The system calculates all the tax amounts automatically. Whew!! 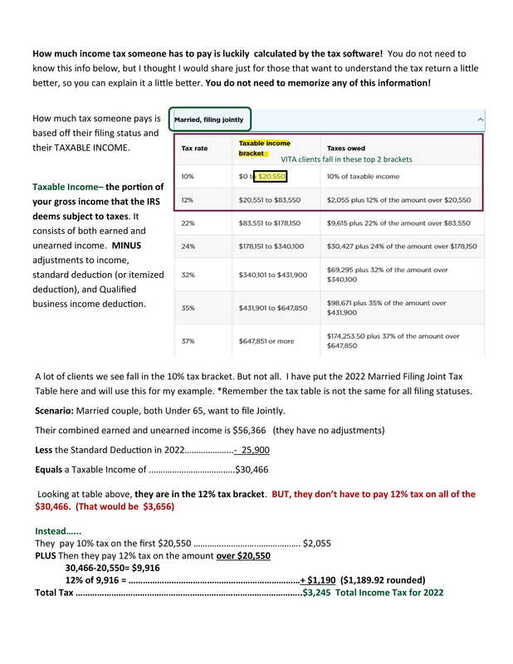 Taxes-- FYI--The system calculates the tax amount once you data entry all the 1099's and W2s.

Income Tax--Income tax is a direct tax that a government levies on the income of its citizens. The amount of tax levied depends on income and filing status.

​Federal income taxes are used to provide for national programs such as national defense; veterans and foreign affairs; social programs; physical, human, and community development; law enforcement; and interest on the national debt.


If you really want to know how income tax is calculated, click on the image.

This is just extra information I found interesting--not required to know this.​
Other taxes you might see on a 1040 tax return at a VITA/TCE site, besides income tax, are:
Click Here to Go Back to Training Checklist